The History of Dental Implants: Ancient Roots to Modern Success 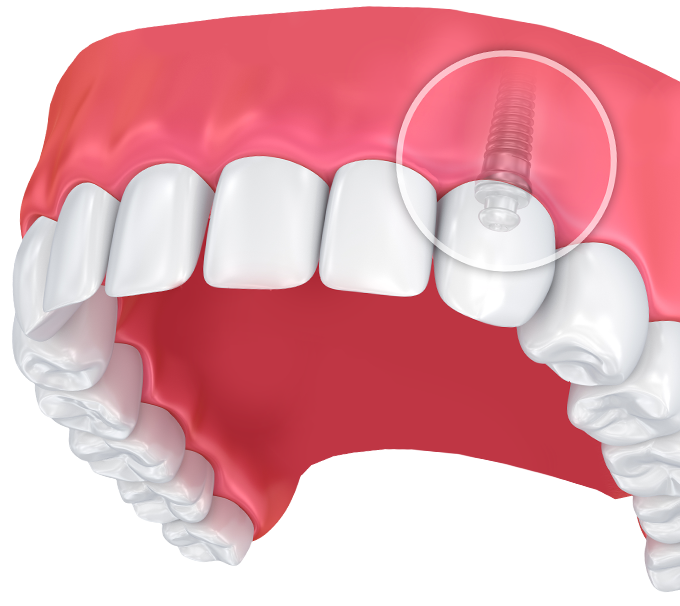 Dental implants provide a permanent solution to replacing one or more missing teeth, making it possible for those who suffer from tooth loss to enjoy restored dental function.

How Old Are Dental Implants?

Although modern dental implants are quite different than their ancient counterparts, their roots have been traced back as far as 2000 BC with the archaeological discovery of bamboo pegs in China, which are believed to have been used to replace missing teeth.

Evidence of rudimentary dental implants has also been found in other ancient civilizations. The Mayans used shells and may have been the most successful at replacing missing teeth with these ancient dental implants.

Archaeologists believe Mayan attempts were fairly successful because a skull dating back to 600 AD had three tooth-shaped shells within the lower jaw. The jawbone appeared to have healed around the shells, much like modern day implants.

Progress Wasn't Made Until the 1800s

Essentially no progress was made with dental implants until the 1800s. It was during the 1800s that dentistry began to form as a profession.

During the 1800s, attempts were made to create a dental implant that would stay secured within the jawbone and last for a long time. These early dentists often turned to metals, including gold and platinum, to replace missing teeth.

Unfortunately, the metals used during the 1800s did not have the right surface texture to allow for a bond to form with the jawbone. Because of this, these dental implants failed. However, valuable information was learned that helped pave the way for modern dental implants.

One of the main hurdles in dental implant treatment was finding a material that the jawbone would bond with and securely hold the implant in place. This dilemma was solved around the 1950s with a discovery made by Swedish orthopedic surgeon Per-Ingvar Brånemark.

Dr. Brånemark was studying bone regeneration when he discovered that he was unable to remove titanium devices he placed within a rabbit's leg bone. He found that as the bone healed, it fused to the titanium, a process he termed osseointegration.

With this discovery, Dr. Brånemark began looking for a way to use titanium as a dental implant, and in 1965 he completed the first dental implant surgery using this revolutionary material.

The Success of Modern Dental Implants

Dr. Brånemark's breakthrough discovery of the bone's ability to fuse with titanium has made modern dental implant treatment highly successful and widely available.

Today's dental implants feel and look natural, making it possible for those who suffer from tooth loss to enjoy restored dental function and an improved smile for years to come.

Are Dental Implants Right for You?

To find out if dental implants are right for your needs, please call our staff at (931) 645-6362 to schedule a consultation.